It's Not Unusual: Atheists Masquerading As Pastors, No Biggy 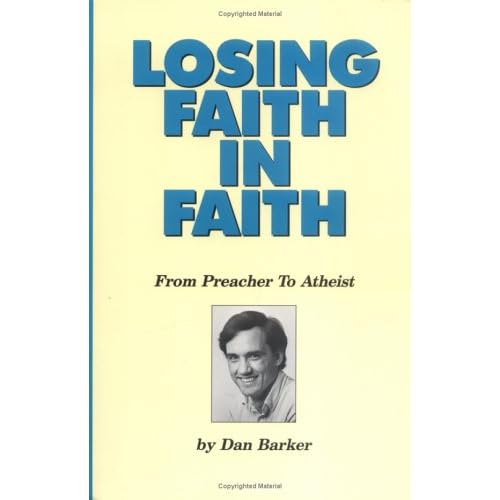 He was indeed--in a Baptist seminary!--a specimen of the "young man ruined by godless education" whom the Baptist periodicals loved to paint.


He clung to the church. It was his land, his patriotism. Nebulously and quite unpractically and altogether miserably he planned to give his life to a project called "liberalizing the church from within."


It was a relief after his sophistries to have so lively an emotion as his sweet, clear, resounding hatred for Brother Elmer Gantry.


One of the sad realities of the day is that the institutions we look to for stability and grounding in our morally bankrupt era are often just as shot through with the uncertainty and corruption that we hope to find refuge from. Children often find parents to be horribly petty and abusive. Schools often become havens of incompetence, bullying and godless humanism. Taxpayers behold governments they're told to trust rife with corruption and favoritism. Situations as diverse as major league baseball's steroid scandals to politicians on the take abound.

Everywhere you look, things are sometimes not always what they seem.

Of course, life doesn't imitate art as much as art patterns itself after it. Popular literature feasts on this when it comes to depicting how the faithful lose their faith. The unforgettable catechism apostate seminary professor Dr. Bruno Zechlin gave to divinity student Frank Shallard in Sinclair Lewis' savage screed Elmer Gantry is a bygone generation's serialization of such a thing, while the bizarre hunt to punish God in Preacher Jesse Custer's quest in the profane "Preacher" graphic novels occupies the attentions of today's twenty and thirtysomethings. All of the passion concerning losing religion that these literary works express are eloquently echoed by more mainstream works such as Dan Barker's "Losing Faith in Faith" and a library of other such books as produced by atheist organizations. Atheists in Western society today are seeking and finding like never before vast audiences among many formerly "religious" people that strike a chord with their own inexorable slide into disillusionment, apostasy and then disengagement from any connection to religious faith. This cottage industry, with figures like Bill Maher and Richard Dawkins holding court from late night TV soundstages to book signings attracting thousands, has been reenergized and seeks more air time, so the more imitation it can do, the better.

Losing faith, in the still religious West, is increasingly viewed as a great human interest perspective that always gets readers and viewers looking for its depiction and description. In today's confusing times, where dogmafights turn off so many, the freedom to express such irrationality publicly in places where it might influence othes is of course a scandalous faux pas of social convention. People of faith, of course, are amazed at such audacity and help the ratings of the media keep on keeping on.

So when ABC last November decided to air a news segment on the apostacy of two U.S. ministers give up their faith anonymously so as to keep their pastoral jobs, in the same vein of a Custer or Shallard, we took notice. Of course, ministerial apostacy on the job isn't unknown but their desire to keep it hidden by not wanting to lose their livelihood is certainly well understood. What's equally noteworthy is when we find that sometimes the parishioners who've submitted themselves to such men actually can find it within themselves to applaud their stand. Incredible but true, this 2003 article details such a thing. I certainly don't think the 2 preachers above would find such support in the Bible belt where they seemed to operating from.

Got a while to spend here? .. check out the Frank Turek and Christopher Hitchens debate on the existence of God. The comments on the video are almost as interesting as the video itself.
Posted by Reverend Rafael at 5:01 PM No comments: