How A Mormon Could Become President

A fascinating with a capital F article on this question ..

A slice or two from it .. this was written before Mr. Romney finally stopped testing the waters and made the plunge

AS MITT ROMNEY tests the waters for a potential 2008 presidential run, he’ll be able to tap a vein of affluent, motivated, activist supporters with considerable political experience — the Church of Jesus Christ of Latter-day Saints (LDS), a/k/a the Mormons. The Romney family is to the Mormons what the Kennedys are to the Catholics. Mitt Romney’s father, George, a former CEO of American Motors and governor of Michigan, himself ran for president in 1968. Marion Romney, one of Mitt Romney’s cousins, was once a member of the LDS Church’s First Presidency, a triumvirate of the world’s three most powerful Mormons. And then, of course, there’s Mitt. A former venture capitalist and Mormon bishop, Romney unsuccessfully challenged Ted Kennedy in a 1994 Senate campaign and then rescued the 2002 Winter Olympics in Salt Lake City, Utah — the Vatican of Mormonism — from certain disaster before being elected governor here. Like John F. Kennedy, who played to the religious loyalty and ethnic insularity of his fellow Catholics, and Michael Dukakis, who appealed to Greek pride, Romney — if he runs — will surely look to his own religious base to give his campaign leverage and traction.

Posted by Reverend Rafael at 1:51 PM No comments: Links to this post

A Year Later: Why The DaVinci Code Freaked So Many Out 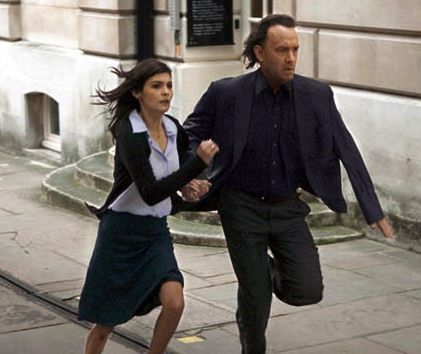 The buzz over Dan Brown's runaway best seller "The DaVinci Code" has long cooled down. Frankly, I've always been amazed at how many gazillions of people out there actually bought the book and how many of them became immediately caught up in the frenzy of discussion over the themes it hammers home. Clearly, Brown walloped a grand slam of controversy over some very sensitive subjects. The Passion of The Codebecame a part of the brief but stentorian belch of cultural hot air last spring that sharply cut through the normal level of room noise in Western Society.

Why is this? The book is popular for all the hot buttons it pushes. Whether Dan Brown is a Christian or not, I cannot say. I personally don't know. I do know that his posited worldview in the book is utterly antichristian, that's for sure, appropriately irreverent in its postmodern rationalistic prose, trying to strike a medium between true crime and apocalyptic religious thriller.

The book is popular because Brown's tale - which I found to be contrived and not particularly well written - weaves so many well known elements embedded in the pop consciousness of Western society into the story. God alone knows how many people have written book after book combining various combinations of these plot elements. It was only a matter of time before a Dan Brown would hit the right balance to tip the jackpot into his lap.

There's religious scandal, conspiracy theory, the murky doings of vast, multinational organizations, love, murder mysteries and secret societies doing unspeakable things to protect the "truth" of what Jesus and Christian faith is about. There's the deliciously engaging belief that "truth" isn't what we think it is and we MUST, at all costs, uncover the reality which culture and tradition has buried with the status quo - a heady rush that seizes the imagination. There's a hero fighting a battle in that battlefield in which the lines between good and evil are intentionally blurred. You got rigorous investigative intellect facing down established European intrigues based on thousands of years of "tradition. And you even got Opus Dei, so byzantine and powerful that the Jesuits look like a bunch of bumbling Friars Tuck. All stitched in a tale set against the tragedy of tragedies in today's postmodern credulity - the possibility of forever missing out on getting down to the bottom of the "truth that's out there."

Some Christians made a lot of hay about trying to harness the attention of the masses by advocating Mars Hill styles of dialoguing outreach from Christians wanting to reach for Christ their non believing friends who entertained the book's skewering of Christian faith. If these were "witnessing" opportunities, I'd say they'd be about the nature of what is true and how we know what is true. In a day and age in which absolutes are optional claims true for one and not necessarily someone else, this is a BIG question. It's how we come to know truth, which is called epistemology, that is a big arena to explore questions in. And epistemology is ultimately what we stand or fall on. Brown's book makes Christian faith to ultimately be the sumtotal of a religious crapshoot between warring factions of Christian mystics, scholastics and conspiracies. That plays VERY well into the hands of an already thoroughly skeptical Western mind who've been imbued with that spirit since the Enlightenment.

And I fear that most Christians will be ill prepared for the kinds of questions their friends may ask about it. The homework on the banal claims set forth by the Da Vinci code plot has been done for years, but most Christians haven't a clue on this. They'll just take it by face value and try to deal with the demoralizing implications it sows. And once more, an assault by the artistes of the day on the Faith went down in cineplexes in a few days, reinforcing the printed words that have preceded it. Just another day in paradise. God alone knows how well the Church and the Christian faith stood when tested in a million anonymous and unseen courts of public and private opinion in the hearts and minds of those tempted to consider the truthclaims made by Brown's book outside its context.

rafael
Posted by Reverend Rafael at 1:30 PM No comments: Links to this post