Silence Is Golden ... For Cult Groups 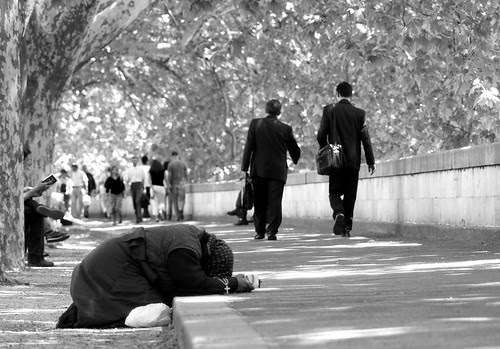 The greatest ally of spiritual tyranny is no different then its secular variety - silence.

The spiritual holocaust of cultism that descends upon and consumes so many daily in societal circles is so mundane, so prevalent and so stitched into the fabric of human life that we've come to accept its uniquely authoritarian grip as just "the way it is." I can think of innumerable times throughout my life before, during and after I became a Christian in 1981 of how many times I've beheld some anonymous outrage, family dysfunction, or incident in the lives of people around me which could be directly attributed to some kind of doctrinal or social extremism that cultism itself has seamlessly blended into their life with. As the old commercial goes, it's as American as mom, apple pie and Chevrolet. No one remembers the tragic example of Kitty Genovese any more - it happens daily all over the nation. Does the name of Derrion Albert ring a bell, the boy beaten to death in Mr. Obama and Ms. Oprah's Chicago ring a bell, the boy whose attack was captured on cell phone video by teenagers who said nothing? Nahh, didn't think so. People nowadays, locked into their own little circles of concern, would rather just look the other way .. but take a picture or two on their Droids to email someone around the corner.

With something so common, you'd think American common sense and our commitment to freedom of conscience might have better equipped the body politic. Nahhh. When the kick to the side of one's spiritual head finally lands and rouses the average victim of cultism to a soul-withering perception of what it has cost them, and reaches out to seek solace, understanding, escape and perspective, they fail miserably. It's for this same reason - there's no help easily found because those who might, could and should help are clueless about what the problem even i. It's because those who could speak out, say something, contend with the horror and withstand it were silent.

Listen to a cult survivor, struggling to ground herself in a balanced reality outside the shadowlands of the cult she left, as they discuss what the consequences of this perpetual silence spell out in no uncertain terms for them:

Telling people that I once was in a cult is like telling people I was born with six fingers or I was abducted by aliens. The reaction is about the same. They look a little confused at first, like maybe they didn’t hear me correctly. Then the looks of disgust (at my being such a freak, I suppose), pity (at my probable insanity), and suspicion (that I have just inadvertently criticized their beliefs) flit across their face as they try to quickly put on their game faces. It is unnerving to say the least.

I probably should not bring the subject up. At all. Ever. But, I have not figured out how to avoid the topic yet. That could be because I am only 29 years old and a very large portion of my adult life (age 19-26) was monopolized by the event. So, there are not very many things to refer to in my adult life outside the circumstances of the cult.

It smarts when I see how people can be so blind to cultism's destructive legacy. But it aches worse when I realize that this is not the way it should be. In any one of a hundred different ways, the vicious twist of cultism that emerges from the warpings of the human spirit could have been unwound, corrected compassionately, smoothed out and made something uplifting. That's where it usually begins .. on the road of good intentions exhibited by people of passion, conviction and vision who became sidetracked onto a darker path. And in any one of an infinite number of ways, in too many places throughout the world, it was never addressed. Those who could have intervened, confronted, checked, influenced this misguided flow of human interaction did not do so. They remained silent. Therein lies the misery of human existence when it comes to cultism.

Those who could say something .. stayed silent.

And the progression of cultism through the most benign and noble of vocations like therapy, leadership and religion became a blitzkrieg of abuse with the nicest of intentions. It all reminds me of the famous poem written by a pastor whose opposition to the rise of Nazism in Germany resulted in his imprisonment in Dachau:

When They Came For Me
by Pastor Martin Niemoller

People are people .. if they could remain silent for a Hitler's Germany, they will readily keep muzzled for a Munz, a Shamblin, a Jeffs, a Koresh, a Manson or any other false teacher and leader everwhere else who are every inch, heart and soul, true cult leaders. Yahweh alone knows how many people had the opportunity to intervene and never did. Why, this is America, it is said .. everyone has a right to their opinion. Even if those opinions result in the tragic decimation of families, darkening of their souls and crushing of consciences for the sake of some "new truth" that decides everyone not adhering to it is of "Satan's world."
With such silence by those in the position to change for the good, cultism's bright future is assured as we stroll down the avenues of the end times toward an assured Judgment Day. As my old friend and mentor Paul Carden once said so well,

The only thing necessary for the triumph of evil is for God's people to do nothing.

And we have done just that so well for too long.
Posted by Reverend Rafael at 2:08 PM No comments: