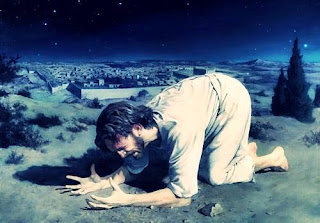 As he approached Jerusalem and saw the city, he wept over it and said, “If you, even you, had only known on this day what would bring you peace–but now it is hidden from your eyes. The days will come upon you when your enemies will build an embankment against you and encircle you and hem you in on every side.  They will dash you to the ground, you and the children within your walls. They will not leave one stone on another, because you did not recognize the time of God’s coming to you (Luke 19:41-44 NIV).

Our national turn embodied in the recent Supreme Court decision to establish same sex marriage unions has been one towards an ultimate deviance from God's order for human sexuality and the family has been towards inviting His judgment upon us.

That's not being hateful, nor intolerant, much less being something to make you sound politically correct .. but is upholding a fundamental design for life we now toss to the winds for our "happiness." Instead, a curtain of deception and confusion will smother us in the years to come. The only "forcing of morals and beliefs" I see here was when the Supreme Court's activist judges decided this was a civil right which is complete fantasy ..

It won't change my feelings about those who embrace this (I love all people regardless of their lifestyle choices) and will not refrain from befriending or helping anyone. I have known homosexuals in my workplaces and in my life and have never treated them with anything but respect and dignity, even though our lifestyle choices are so radically at odds.

At the same time, as a minister of the Gospel of Christ, I will not stay silent on what is right or wrong on this matter, no matter what our hellbound culture rises up to sanctify. While civil same sex unions may be what it lauds, those truly faithful to God's ordained standards for what marriage is are now going to be found only in the declarations and actions of the Christian church's voice itself.

As an expositor of that truth, I cannot but speak and proclaim what those are .. regardless what the consequences might be as a matter of my own conscience and what the Christian faith historically teaches us on how to live. I invite God's judgment upon me if I choose to ignore, downplay or ignore the implications of social pressures to compromise on this. I love His established truth too much to not stand up for it. For me to remain silent upon this would make me part of the vast fogbank of human depravity that I am expected to compromise to .. and after 31 years in the Christian ministry giving my life to live for truth, I am not going to contribute to that whatsoever. My love for the souls of the people all around me won't let me do that.

And being that the increasingly amoral church is the final place for which any kind of moral declaration in our society is ultimately appealed to, this will be the focus for a global campaign of feral demand for the Christian faith to capitulate to modern convenience and conviction on the LGBT agenda unlike anything it has seen in the 2 millenia it has existed. I am not surprised by such an assault when I realize this societal twisting is precisely what Jesus said we would expect in the last days and Matthew 24 continues to unfold prophetically in our culture.. as we continue to slouch toward divine judgment.

If that makes me in its eyes an intolerant hater, that's their POV. I categorically reject that. All who know me and persist in that kind of demonization to protect a morally bankrupt position they want to endorse have resorted to the only way they can legitimize it ... and speak volumes about how "tolerant" they are and how tragically compromised they are for judging someone they know to be a person who cares about all people as some kind of hatemongering Fred Phelps clone. You may unfriend me if you will, but it won't be my doing. You'll quit me but I'll keep loving you .. and won't stop upholding the truth.

God save America .. because she is about to get spanked. Mark what I say, in tears, sorrow and a sense of dread unlike any I've ever had before.

Jesus Christ is coming .. come quickly Lord and may faith truly still be on this earth when you do.
Posted by Reverend Rafael at 4:03 AM No comments: