The Catholic Chronicles By Keith Green 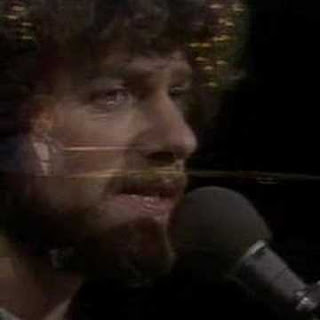 Years ago, in the mid 1970's when contemporary Christian music actually was a Christ-centered countercultural force that truly edified and energized the Christian church, one musician rose above it to bring to bear upon it a radical call for consecrated holiness and world missions unlike any other. Taken from us far too soon in 1982, that man was Keith Green, the legendary piano playing prophet whose music contained not only some of the most beautiful and passionate Christian ballads of all time (such as "Easter Song", "Your Love Broke Through" and "Oh Lord, You're Beautiful") but also the most biting, satirical and convicting as well (listen to "Altar Call", "Asleep In The Light" and "The Sheep And The Goats" and be ready to feel for broken bones afterward).

Over the years, his music has become a collection of musical ministry that has encouraged, rebuked, challenged and blessed millions of people. But what a lot of people have forgotten is that Keith was also a dynamic personal evangelist and Bible teacher as well as a writer. He used his Last Days Ministries outreach to advance his ministrations by writing, printing and distributing newsletters and tracts that tackled many hot button issues no one else was talking about such as abortion, homosexuality, the need for Christians to be involved actively in world missions and the encroaching of worldliness in the church. What many forget is that Keith's studies led him to tackle these issues at a time when the evangelical movement long before the so-called "religious right" arose and that his focus did indeed captivate a church relatively unencumbered by the plastic cultural glitz it would create in the 1980's that has made it so irrelevant in so many circles in society today. In short, his influence was profound and yet, profoundly all too brief.

One of those studies led him to address, in a singularly memorable style, one of the most untouched issues of all and that being the divide between Roman Catholicism and Protestantism. He authored, in his own direct, factual and uncompromising fashion four classic articles he called the Catholic Chronicles through LDM that were turned into tracts. One of the very first tracts I ever got in my hands after leaving the Navy in 1983 was his "Chronicle I"  that for a young ex-Catholic like myself who at the same time was coming to discover his music was a life changing work. I had already come to realize how completely blinded Catholicism had made me to the truth of the Gospel and found an absolutely chilling 1982 visit to a church in Rome itself bringing that agonizingly home to me. But Keith's in the Chronicles would be my first introduction to what a defense of the Christian faith should be and I never forgot them, having saved those tracts in my files here even to this day.

Sadly, LDM, not long after Green's death, discontinued publication of the Chronicle tracts. In a letter I have somewhere filed away in the Spiritwatch archives which I can't get my hands on, Green's widow Melody explained that Keith had been having a change of heart about them and was going to have them pulled any way before the plane crash that killed him and several other people, including two of his children. So they were quietly iced away .. and certainly, none of the influence of the Roman Catholic pro life movement who worked closely with Melody's "Americans Against Abortion" outreach could have had anything to do with that. Of course not.

You can tell, I guess, that I'm more than a little skeptical about this and how profoundly disappointed and saddened by Melody and LDM's position on this.

Conscience and conviction of the Holy Spirit has gripped me for years and I can no longer sit on this explanation as the final word on this magnificent work that Keith has done.

Once again, Spiritwatch Ministries is relinking the original webbed versions of the Chronicles to our home page which we created years ago and took down at LDM's request. What Keith sang years ago is still true:

Ironically, Melody wrote this song .. about not compromising and about shining light to those in need of it.

Keith said God led him to write them. I feel God has led me to reissue them in a form that will help others blinded like myself. I must obey Him and not the fear of man which a corrupt and apostate church can so easily impose on you. Roman Catholics clinging to Catholicism are still lost and need their blinders removed, such as I did. They need the Gospel and Keith knew that, Betty. You'd better deal with it.

Therefore, if you'd like to read these, click here to do so. They are linked on the Spiritwatch site also.

Posted by Reverend Rafael at 12:46 AM