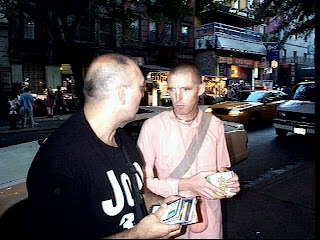 A Church of God (Cleveland) pastor once asked me several years ago if he could tell me how our movement's missions effort compared to that of the Southern Baptist Convention's missionary work as well as that of the two most well known missionary-driven cults, namely the Jehovah's Witnesses and the Latter Day Saints.

I think this was about five or six years ago, and I don't think things have changed much since then. Using each of the official statistics of each group, I came up with the following findings, which make for some troubling reading .. and are oddly, not too surprising in light of the day and age we live in.
At a time in which churches have all but abandoned personal door to door Christian outreach, we find that cultic movements have no such qualms and are clearly reaping their own harvests.

What does this say about the Church's priorities? About a few words Jesus had with his disciples about preaching the Gospel in the whole world?

Posted by Reverend Rafael at 9:11 PM No comments: