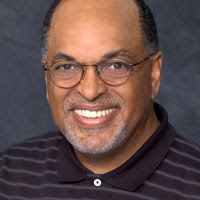 Some very dear friends of ours who are also strong supporters of the ministry here graciously provided to my wife and I free tickets to a popular annual Bible conference sponsored by Precept Ministries International, a Bible teaching ministry founded by the legendary Kay Arthur. Kay and her faithful staff have devoted themselves quietly and passionately to teaching how to inductively study the Bible and glean truth from it in a balanced and reasonable way that helps ground Christians in solid Biblical understanding. I have lived in Tennessee for over 20 years and have encountered hundreds of people who have been deeply enriched by her work - even though I myself have never read her work nor done any of her studies, although I've glanced through several of them. Theirs is a blessed and wonderful ministry doing perhaps more good than any of us will ever realize this side of heaven.

I have long incorporated inductive study into my own devotional life, and while it may not be follow the same pattern as a Precept study, the results, I believe have been the same. My rooting and grounding in the Word of God has been the only thing that has kept me focused all the while beholding the seductions and deceptions of so many across the years, from Alice Bailey's metaphysical Maitreyan babble to Paula White's godtalk about Christians being "elohim" .. to God alone be the Glory, for in Him alone is Truth.

Among the many wonderful teachings that various Christian ministers and speakers shared there was a choice talk called "Truth Matters" by a fine Christian pastor I'd never heard of before by the name of Crawford Loritts. It was a sobering pastoral warning on how false teaching wielded by false teachers has become a powerful force that has laid waste the faith of so many believers who were caught unaware by it. Based out of Romans 16:17-20, it was a great talk that, suddently, became absolutely absorbing when the good Pastor Loritts smiled and advised us that he had something further to say to us" "This isn't in the powerpoint .. here's seven pieces of advise about false teaching .."

For the next 20 minutes, Pastor Loritts shared from a deep well of experienced contention with deceptive teachers and teachings that deserves to be remembered. He recalled how a cultic group penetrated a fellowship gathering of black ministers in Chicago in 1981 and had to be squarely dealt with. He revealed a rich mine of dearly bought pastoral warning every Christian believer needs to memorize, incorporate and pass on. And for me, what was so striking is Loritts' depth of insight on how deceptive teaching uses the dimension of interpersonal relationships to magnify itself .. a growth medium upon which the social diseases of cultic mind control and religious abuse thrive. Had more Christians who have become cult members been made aware of these, the predations of the Mormons, Jehovah's Witnesses, Moonies, Remnant Fellowship "saints" and a host of other "Bible cults" would have far fewer successes.

But enough of my rambling. Let the good Pastor Loritts share : these were gleaned from notes I took of his talk on August 17:


1) Be careful of people you don't know who want to go immediately into intimate communication with you.


2) Be careful of those who want you to disclose more about yourself than they are willing to disclose about themselves.


3) Be careful of those who use experiences, special insights and new kinds of information to control you.


4) Be careful of those who promote a teaching or an emphasis not widely accepted by the church or mature believers.


5) Be careful of those who seem to isolate you from family and friends through their contacts with you and their new circles of associates.


6) Don't give control of your mind and thought to anyone but the Lord - "loyalty" should never be considered to be blind obedience.


7) Never stop seeking true, honest fellowship with healthy and mature Christians who don't practice any of the above.


Say amen, somebody. You can get a CD copy of this talk by contacting Precept at the link above. That's better preaching in 1 hour then you'd hear in several on TBN or in a BYU Chapel.
Posted by Reverend Rafael at 8:16 PM