Proverbial Example Department Part 47: How Cults Use The Media - an open letter to KDVR, Denver, Colorado 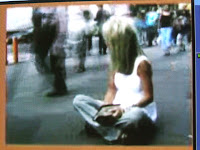 To whomever this will concern:

In 2007, the Fox News Network did a piece, through the "Geraldo At Large" show on January 9, 2007, casting some perspective on the activity of a abusive and cultic movement in Tennessee which I have become too familiar with. I am a Christian minister here who has tried to aid those affected by its activity for several years. This movement is called Remnant Fellowship and uses it's self proclaimed "prophet" and founder Gwen Shamblin's "faith based" diet program called the Weigh Down Workshop as a recuiting tool. It has caused untold amounts of disruption in marriages and families and preaches a message that essentially asserts that excess weight is the equivalent of moral failure with a religion based upon this principle finding expression in the Remnant movement.You may watch this brief report as aired in 2007 here.


It is being reported on the Weigh Down Workshop website as I type that Gwen Shamblin and her local cadre of disciples in Colorado are going to be featured not once but twice on the Fox affiate KDVR's "Good Morning Colorado" show on the morning of February 4, 2011. If this is true, several questions and observations have to be both asked and made:


Is it really too much to expect that due diligence into uncovering the questionable background of a controversial figure like Gwen Shamblin might be done by a news agency before rushing ahead to publicize her imbalanced work?


Does the word "google" mean anything to your producers who are going to be giving Shamblin and her local group in Colorado free air time?


It is difficult to believe that they could have missed the innumerable warning on a variety of Internet news and perspective sites that show how abusive this cult's teaching and practice has been. Can a news organization really be so crass as to give publicity to a cultic movement it criticized 4 years previously for the sake of Arbitron ratings?


The bling truly is the thing, as has been said .. and this can be seen so clearly in reference to Shamblin's publicity tours in recent years.


Now, I just don't get it. You hope to see socially responsible broadcast journalism now and then. But the KDVR Fox organization completely fails to realize how its' dalliance with faith based weight loss is actually part of a cunningly executed gambit by a cultic movement. It's been used to get free press for the recruitment drive of a dangerous cult that its' parent network exposed a few years ago.


Thanks to KDVR, scores of vulnerable people ill equipped to discern the seductive deception of this group's claims to "permanent weight loss" will be fully exposed to it's siren song. I have tried to help at least three different families in your state impacted by this group there and thanks to you, the very real possibility is coming that more will be soon be calling.


Here's another word for you, KDVR: how does it feel to be completely "pwned" by a cult?


Your organization can still stop these appearances tommorrow morning. That would be swell. However, I don't know if your skeleton crew will be awake enough to check this inbox, much less get it to whoever is in charge that gives a hoot about stuff like journalistic integrity so early in a cold winter morning on a Friday. But who knows, maybe you will?

A lot of people in Colorado will be watching that I personally know. Make us proud.

It goes to show you that heresy and deception still always loves company .. and bully pulpits.

Posted by Reverend Rafael at 11:47 AM No comments: