Why "Good People" Really Aren't As "Good" As They Might Be .. 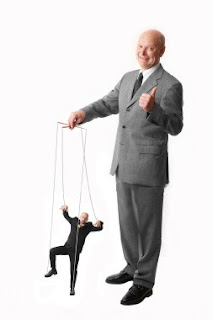 One of the most perplexing yet predictable foibles of human behavior is to behold seemingly "good" people do some very bad things, and quite often, under the guise of high ethical, moral and religious idealism. This is at the heart of cultic social order as well as the foul springs of human nature itself. People who in all other respects appear to be upright and impeccable in character are often turn out to be characters of a darker nature then ever suspected. This is what true depravity is, the sullied and evil bent within us all that makes all in need of a Savior.

It's what we do in the light of that need of a Savior that makes the difference. False religions, cults and the philosophies of a thousand

It is a personal relationship with Jesus Christ alone that will bring anyone into a position where His Spirit transforms them. Only the righteousness and purity of the sacrifice at the Cross of Christ can ever truly change anyone. Out of such literally saving grace, any man or woman wanting real change in their lives is empowered to actually see it come to pass - as God Himself truly intervenes to do so. Those who seek to live seemingly blameless lives any other way outside of knowing Jesus ultimately find that they are truly, as the old song says, "lost and undone, without God and His Son .."

So it's inevitable in our amoral world that you'll find people who profess to know this grace and who instead are following a code of conduct find themselves in company with completely secularized and irreligious people when it comes to not being as "good" as they seem to be. It's that fallen side of humanity that reigns supreme in the human condition today, that part of us all that is drawn to pursue our self-centered good even if it comes at the expense of others. Being creatures of supreme self-justification, we even rationalize away those troublesome moral dilemmas our selfishness evokes with the pious thought that "it's for their good .. we're just speaking the truth .. they'll learn to appreciate this .."

This is what's behind the mindset that drives people who engage in unethical, immoral and even unspeakable acts of social savagery that can wreak havoc in the hearts and minds of those who are its subjects. Mentioned only briefly in the news, this bit of insight into the darkness of the human condition needs to be considered far more squarely than it is. It says much about the dire state of our society if left to itself when the issues of power, authority and control over people come to the forefront.

You can review a 2008 CNN news video on the research done into this, as well as a CBS "60 Minutes" broadcast from the mid 1990's that provides fascinating and chilling perspective on how "good people" can act out so badly.


Posted by Reverend Rafael at 12:08 PM No comments: