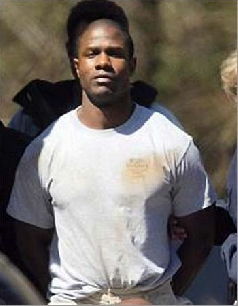 On the run from a massive manhunt, armed, dangerous and with absolutely nothing to lose, something else happened to Brian Nichols as he took a hostage and hid for several hours - and what happened was an uncommon visitation of grace that intervened in his life that deserves to be recounted.


Here's the story by Ashley Smith, the hostage, as told by a Wall Street Journal column writer.

This story needs to be remembered for in the Christian life, the weapons of our warfare, as the Scripture says, are not carnal.
Posted by Reverend Rafael at 7:38 AM No comments: