When Zeal Without Understanding Becomes The Road To Hell 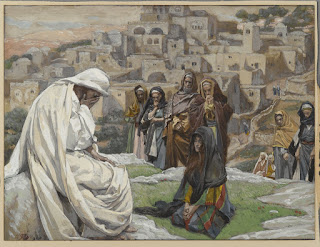 And the rest of the people, the priests, the Levites, the porters, the singers, the Nethinims, and all they that had separated themselves from the people of the lands unto the law of God, their wives, their sons, and their daughters, every one having knowledge, and having understanding;

They clave to their brethren, their nobles, and entered into a curse, and into an oath, to walk in God's law, which was given by Moses the servant of God, and to observe and do all the commandments of the Lord our Lord, and his judgments and his statutes ..   Nehemiah 10:28-29
Did you know you can go farther than you are supposed to go .. and that the road to hell still is paved with the best of intentions?

He who has ears to hear, let them hear ..

Our church has been reading through the Bible this year and a few weeks ago, we read through the book of Nehemiah, the book written by a servant of the Persian King who had essentially enslaved Israel as another captive class of servants in Persia. God used the Persian Empire to bring a renewal of the nation .. and in so doing, a genuine spiritual revival swept those whom the King allowed to return to destroyed Jerusalem, rebuild it and the Temple.

And in so doing, the zeal and the passion for truth that went beyond what God's Word had said compelled these people into taking the first steps toward hell. It struck me as I studied this then and I'm only finding time to speak of it here. This is another Biblical illumination into the falling away that this blog comments on.

In their hunger for purity, the survivors of the captivity in Babylon and then Persia set forth the creation of a spiritual legalism by determining they would "cleave to" each other and bind curses upon themselves for not following the Law they had just re embraced. This effectively spelled their spiritual doom. They set forth their own religious customs that would metastasize into the innumerable Talmudic and rabbinical traditions that warped so much of the spiritual life of Israel since that day.

They meant well, but by turning to their own religious impulse and creating their own hierarchy of religious authority apart from what the Law had set forth, the seeds were sown for a harvest of hurt. Israel today still lives under that shadow, blinded to her Messiah, and chained into cultural traditions that powerfully bind it to religion and block them from trusting their Redeemer. Here in these verses, we see the nation throw itself wide open to religious innovations that would enforce with actual curses to indict and condemn those who didn't measure up to the level that they established was acceptable.

It is singularly telling that this was a movement among the people and not a direction from God. It would go on to become the foundations for cultural and social evolutions that would culminate in the creation of the Pharisees, the Sadducees, and the scribes of the Law who would come to assume an autocratic power over Israel. And it would be their traditions that would become what the Lord Jesus Christ roundly condemned and what he would contend with them over during his earthly ministry in ancient Israel.

The spiritual bondage to these purely human traditions are what led the nation into its' Pharisee-orchestrated rejection of Christ's call for Israel to believe the Gospel that He preached. And it was this stubborn rebellion that Christ would weep over, even as crowds around him shouted his praises in the streets of Jerusalem only a week before His crucifixion.

Here we see the first steps of "the elect" barely back from one frying pan into the fire that would consume them and which has them completely bound today. They are a cautionary illustration of the nature of fallen nature as well as the apostasy around us.

Today, this same kind of legalism is what has been one of the greatest snares used by cults and false prophets of every shade. Cultic legalism is a powerful tool of manipulation that, when combined with the group dynamics of cultic mind control and the deceptive nature of cultic recruitment, turns the underestimated dogma of the Jehovah's Witness pioneer, the Remnant Fellowship weight loss "expert" and the La Luz del Mundo pastor into the most powerfully transformative and enslaving power of the heart mind and conscience the world has ever seen.

It hasn't stopped. The victim count continues to pile up.
Posted by Reverend Rafael at 6:08 PM No comments: