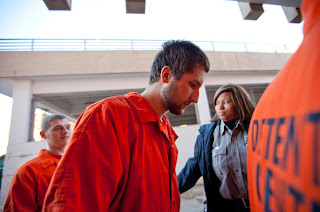 Bullying is a repugnant social aberration indulged in freely ever Adam and Eve ate humanity out of a divine house and home and has been around as part of the universal depravity of human society. It's become a major social concern everywhere and should rightly be so.

When children kill themselves to avoid  verbal abuse, shaming and criticism they face, it should be stopped. When homosexuals are made the subject of vicious personal attacks for the lifestyle they live, they should also be stopped ( with an important qualification that disagreeing with the lifestyle on Biblical grounds shouldn't be viewed "homophobia" but too many in the culture war surrounding it who want to defend homosexuality take it as such).  When minorities find themselves the center of racial slurs, it's an evil that should be addresed. Bullying is indeed WRONG.

It's the bullying you don't actually recognize as such that will storm your life .. coming from people with the faces of angels, the tongues of the spiritual and the hearts of beasts. I speak of the bullying in social circles in which you'd never expect it was going on .. in places you'd think would be a bastion of defense against it. Surely, you might say, you'd NEVER find that in those warm places of fellowship like churches, right?

Bullies exist in churches. That's a clear fact that few in leadership in the Laodicean era we live in want to recognize let alone do anything about. The abuse of power and authority within them is, in effect, a traumatic manifestation of religious abuse and manipulation that is indeed nothing more and nothing less than bullying on a profoundly warped level. And the tragic murder of a young Charismatic Christian woman  attending a Christian ministry school allegedly at the hands of a fellow male student being accused of being a cult leader is a horror I've been meaning to post on for a while.  The picture above is of this very student, Micah Moore, who is accused of murdering Bethany Deaton because of his concern that his religiously-tinged sexual exploitation of her was going to be exposed .. and because of his literally walking into a police station to confess that he had killed her. The dominance, influence and control over her life, her will, and in the end, her body and well being is bullying cubed and squared and made all the more grotesque since it occured among "Christian" people.

It's another sordid and ugly tale of how easily wolves in sheep's clothing can rise up among flocks of sheep completely unaware of their presence .. and how the shepherds were asleep at the wheel, their discernment and apparent will to do what is right completely checked out. This school failed its' students by failing utterly to provide clear levels of pastoral oversight among students supposedly preparing for ministry. I've been writing for years about how this happens, especially in so-called "five fold ministry" circles and have voiced my own views on how it can be addressed. The death of Bethany Deaton allegedly while under Deaton's faith community control is nothing you can sweep under the rug and speaks volumes  about how out of touch the church is with the bullies it unintentionally harbors and empowers. This is done when accountability in its community goes unasserted and pushes the maturity of its young lions seeking to lead within it.

I don't know if former YWAM  leader Floyd McClung had this hideous tragedy in Kansas City in mind when he wrote this excellent article on the abuse of spiritual authority, but it touches on the issue and is worth the read. When the wolves creep in and the shepherds check out, you can be sure it's another sign of the end time apostasy .. just as Ezekiel 34 points out.
Posted by Reverend Rafael at 7:05 AM No comments: