The Strange And Tragic Example of Michael Jackson: When Mama Wasn't Happy 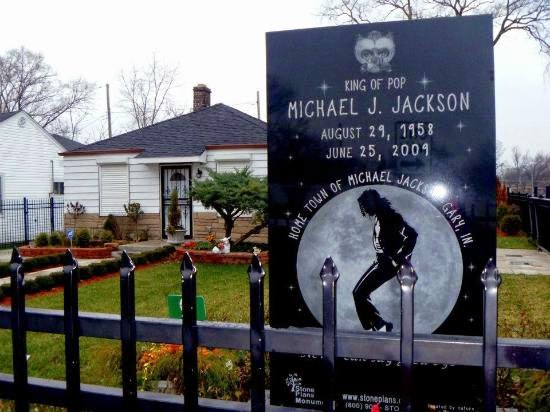 The struggling metropolis of Gary, Indiana is just to the east of us here, and was recently in the news when President Obama's flight to Chicago to fund raise for Governor Pat Quinn there ended up having to land there this past week. It brought a bit of visibility and positive news for a city that's not had much to cheer about as it continues to seek recovery from the economic evaporation of business and revenue in the past 30 years.

Gary can pride itself on something no other city can - it was the land of nativity for the Jackson family entertainment clan whose best known members were the Jackson Five, Janet Jackson and of course her inimitable brother, the "King of Pop" Michael Jackson. Jackson, who died tragically of cardiac arrest in 2009, was perhaps one of the most well known and perhaps one of the most complex pop singers of all time. His public and personal lives were a surreal mixture of spectacle and ritual in which his passion for chimps, children and cutting blockbuster smash music hits were offered for the world to see and partake.

His eccentric tastes along with his obsessive bouts of plastic surgery and other extravagant lifestyle choices were the result of a famously and yet authentically conflicted life. It would lead him to becoming a figure of ridicule in the press as its notoriously fickle attention it paid to him turned with the wind, even earning him the unflattering term of "Wacko Jacko". He seemed at once a cultural colossus, astride the world with sequined feet of clay that often couldn't help but blunder into personal problem after problem. But the tragic reality behind Jackson's persona and the fabric of his soul was perhaps most famously woven by the shadow of cultic spirituality that he and his family came to be dominated by. His mother Katherine became a Jehovah's Witness quite early in their life and what is not commonly known is just how zealously Jackson was brought up in this faith. It was the tension between Jackon's desire to entertain and enjoy his life and the authoritarian cultic movement's demand for blameless appearances of piety and purity that did more to psychologically oppress him.

Just how deeply that inner struggle tore at him has long been one of the great burdens he carried even as he sought to keep the masses happy.  A telling read of the story behind his involvement with the Watchtower Society is worth the mouse click to read. It illustrates perfectly how cultism poisons the soul and warps the mind and sensibility of all who fall prey to it.
Posted by Reverend Rafael at 10:49 PM No comments: Links to this post