What Is The Tide Of End Time Apostasy? A New Year's Clarification 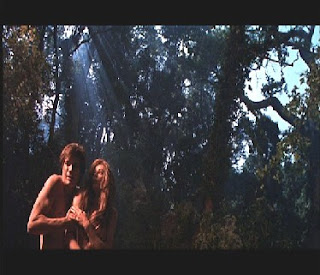 After arriving home quite late from a Saturday trip up to Middle Tennessee for an ex-cultist support group meeting, I woke up really late this morning and decided to forego church services until tonight at my homechurch, the South Cleveland Church of God, here in the Holy City. I decided to spend a few moments this morning diving in to address the foundational issues concerning the content and scope of this blog, as I discussed in one of our last entries.
Many visit here may not fully understand what I am speaking of when I mention that this blog is dedicated to responding and critiquing what I have repeatedly called an advance of the end time apostasy that the Lord Jesus Christ predicted in Matthew 24. Perhaps a bit of explanation is in hand since so very few people understand what the Bible says about this, even if many of them recognize quite plainly that America and the world can scarcely be described in what we fancy to be "Christian." The issue goes far more deeper than we want to believe, but I want to keep this as easy to understand as possible.

The word apostasy literally means, from the Greek to stand apart, while another form of the word refers to the act of rebellion. The sense of the word in Scripture is that an apostasy is an abandonment or rejection of true faith, morality and conviction which God has ordained as acceptable to Him. The Bible also shows that this kind of spiritual rebellion against His revealed always leads to immorality as sinful people act out their sinfulness on one another in the absence of any moral constraint.

The apostasy of all apostacies that forever changed the course of human history was the fall of Adam and Eve in the Garden of Eden, unflinchingly related in Genesis 3, was an act of disobedient sin (eating of the fruit of the tree of knowledge of good and evil) that in effect was a rebellion from God's revealed will (to eat of any other tree in the Garden except that one tree). It had cataclysmic consequences for us, cutting us off from fellowship from God and imparting unto mankind a sinful depravity that has resulted in several thousand years of tragic history in which violence, oppression, greed and immorality have had a free hand among the tribes of humanity.

The only hope for humanity is Jesus Christ. As a Christian minister and believer, I am called to embrace and preach an obedience and embracing of faith in the person, work and message of Jesus Christ as the literal salvation for us all. His Gospel, as the Christian faith follows it, is the summit of His Father's will for mankind to choose His Lordship over their lives for salvation as well as for responsible social lifestyle and order. Faith in Him and obedience to His commands will deliver us from ourselves.

As a preacher, I call men and women, as Christ did, to repent and believe His Gospel (Mark 1:15) but unlike the coercive religious figures in our world that demand an unholy usage of the power of the state to legislate this kind of obedience, I simply proclaim and admonish .. and leave those same people to make their own choice to do so and then live it out practically in their ethics and morals - in full awareness that God will judge all in light of His revealed will to them (Revelation 20:11-13)

That is all that the advance of Christian faith should ever attempt to do. Jesus did not call upon any earthly government to subsidize the creation of a state church or a divided Christendom to create a social utopia. He calls upon the sinful to embrace His transforming power by repentance from their sin and a faith in Him and to also become responsible members of the great Body of Christ, the "Church invisible" existing across sectarian and temporal divisions , to minister to the needs of a hurting world as well as call it to Christ. When the Church went beyond this mandate, it became a tool of statecraft and ultimately oppression backed by the rule of law, not of the Spirit of God (1 Corinthians 2:12-16) - and became part of the problem itself, becaming the fodder for agnosticism, atheism and the encouragement to explore antichristian spiritualities.

Be that as it may, in those places in the world where the Christian faith in the world has sought to provide a moral example to our fallen culture, and where it has not been embraced for any of the thousand reasons that people reject an active and legitimate faith in Christ, the apostasy of Adam still goes on.

Our blog seeks to show you where the entry points of this rebellion are pulling down whatever truth and relevance the church still has to establish its own rival religiosity and again highlight that what Jesus Christ said in Matthew 24 still has the most powerful urgency today. We seek to warn you to never forget what tidings of these very things imply for us, for it was Christ Himself who said bluntly that when you see these things coming to pass in human history, His Second Coming and Return to the earth to pour out judgment upon sinful mankind was at hand.

Let one of my favorites from the 1960's by none other than Barry McGuire further clarify just how warped and tragic the world is and where we are heading. You can walk out with an entertained shiver from the next blockbuster movie about the end of the world thinking you'll always be able to just go back to a reality where things always go on as they have (2 Peter 3:3-4), where you'll get dinner and go to work the next day and live life as you please.

But it won't ever really impart unto you the truly terrifying reality that the Eve of Destruction is indeed at hand.

But the end of all things is at hand: be ye therefore sober, and watch unto prayer.
1 Peter 4:7

Spiritwatch Ministries seeks to ensure no man deceive you as to the time and the hour. So if you're not sure where you stand, you'd better get ready .. and remember the challenge of Jesus Christ to this big, rebellious, irreverent world:

Nevertheless when the Son of man cometh, shall he find faith on the earth?
Luke 18:8
Posted by Reverend Rafael at 7:20 AM 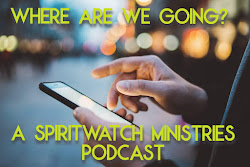 Another Spiritwatch Ministry Exclusive
It ain't those parts of the Bible that I can't understand that bother me, it is the parts that I do ..