When The Friend Becomes The Accuser: The Grotesquerie of Acts 29's Village Church Leadership 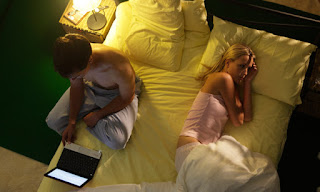 Acts 29 is the name of a network of churches that loftily assure us they are organized for the sake of the Gospel of Christ and to facilitate church planting (they used to be called denominations before it became too frustrating for evangelical church marketing gurus, but that's for another post another time). Acts 29's website describes it's intentionality this way:

Our focus is not simply on our own congregations, but on the work of God through the gospel of Jesus Christ, making his name famous to the ends of the earth. In the DNA of all Acts 29 churches should be a deep and driving desire to see churches planted across the world, all of which are  defined by theological clarity, cultural engagement and missional innovation.

Part of that church planting strategy is to partner with Christian world missions organizations to help facilitate overseas global missions growth. I understand that the churches in this denominational umbrella all retain their congregational autonomy and sovereignty as individual member churches partnering for a common good. There's certainly no quarrel with this kind of Christian diversity in unity.

However, one thing Acts 29's ad blurb on it's site wants to speedily distance itself from was the plain fact that it founded by the certifiably abusive and manipulative megachurch preacher Mark Driscoll who programmed an authoritarian totalism into the polity and culture of the movement. He was finally expelled from the group last year, yet it is clear that he left more bitter seek that even now still reaps a harvest of poisonous fruit.

And what did TVC do? They effectively made the victim into a target for their punitive sanction.

This going on in a church movement stylizing itself as the next New Thing of church growth, as the next chapter in Christian missionality (remember, there's only 28 chapters in the book of Acts and the plain implication here is that Acts 29 picks up where the apostles did .. Feh).


You can't make this stuff up: this abomination of spiritual abuse is apparently embedded in their culture by a membership contract and because the devastated woman didn't follow their prescribed process that downplayed the danger her pedophile husband posed to children on the mission field, they actually set her forth as a target .. for discipline!

It seems that covenants and lofty words are far more important than love or justice among this curious group of Calvinistic folk (I'm not surprised).  So it wasn't until the Internet became the Holy Spirit (with an outcry against TVC's legalism that includes downloadable files documenting the church's abuse of power and authority) that TVC woke up to smell the pizza. Chandler finally made official that they would no longer discipline her for being open about the brokenness of her marriage and sounded even appropriately contrite about their heavy handed attempts to silence her.

For more information on how to recognize this kind of slickly concealed abuse within abusive churches today, check this excellent article out. Reading the responses to it is almost as good as the article itself and shows just how far "grace" really has been warped into something destructive today in too many places where it should be flourishing.

But Jesus said it would be like this ... the love of many, as he said in Matthew 24 "will wax cold."

Yes Lord, yes Lord.
Posted by Reverend Rafael at 2:13 AM