Who Said There's No Free Lunches Anymore? When The Criminals Can Help Run The Land 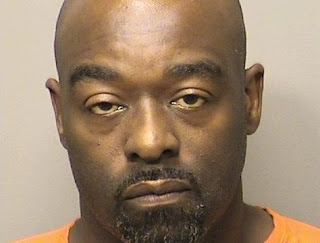 Most people think that your life ends when you are sentenced to a long term of incarceration. Au contraire.

In fact, for a fair number of convicts, the American prison system becomes the greatest thing to happen to them. They get room, board, medical care and the chance to earn privileges which they capitalize on to change their lifestyle and "mend their ways."  It's unlike jail time in much of the world anywhere else.

In fact, it's a proven fact that convicts can remain involved and connected with their former external lives in ways thought impossible. Imprisoned organized crime lords still get their underlings to run the show while they're gone. Embezzling businessmen can still buy, sell and trade, drug traffickers get their destructive product distributed, and rapists and other misanthropes like cult leaders Charles Manson and Warren Jeffs can live pretty well empowered lives. Manson's murderous cult was largely broken up when he was brought to justice, but he still writes books, charms women, and dispenses his warped thinking via a website. Jeffs still runs his LDS fundamentalist people group with an iron hand even after his child rape conviction and does so with an authoritarianism that would make Brigham Young proud.

So, if cult leaders and other organized miscreants can run their empires from prison, why can't we re-elect and swear in government officials while they are arrested for suspicions of murder and drug dealing? Right here in Northwest Indiana, such a spectacle continues. An East Chicago council man, Robert Battle, is about to be sworn in while awaiting a court date for suspicion of homicide and drug trafficking conspiracy. Before his arrest, he was running unopposed for the position, got 308 votes for the job during the election which took place and was arrested shortly after his victory. His trial won't be until next summer, but until then, he's likely going to continue to draw pay and be able to run government.. from jail.

Only in America do you see this kind of pandering to the criminal element of our fallen society go on.

As I've said before, you can't make this up. Click here for the latest sordid details.

What was that old saw about the inmates running the prison?
Posted by Reverend Rafael at 6:53 AM